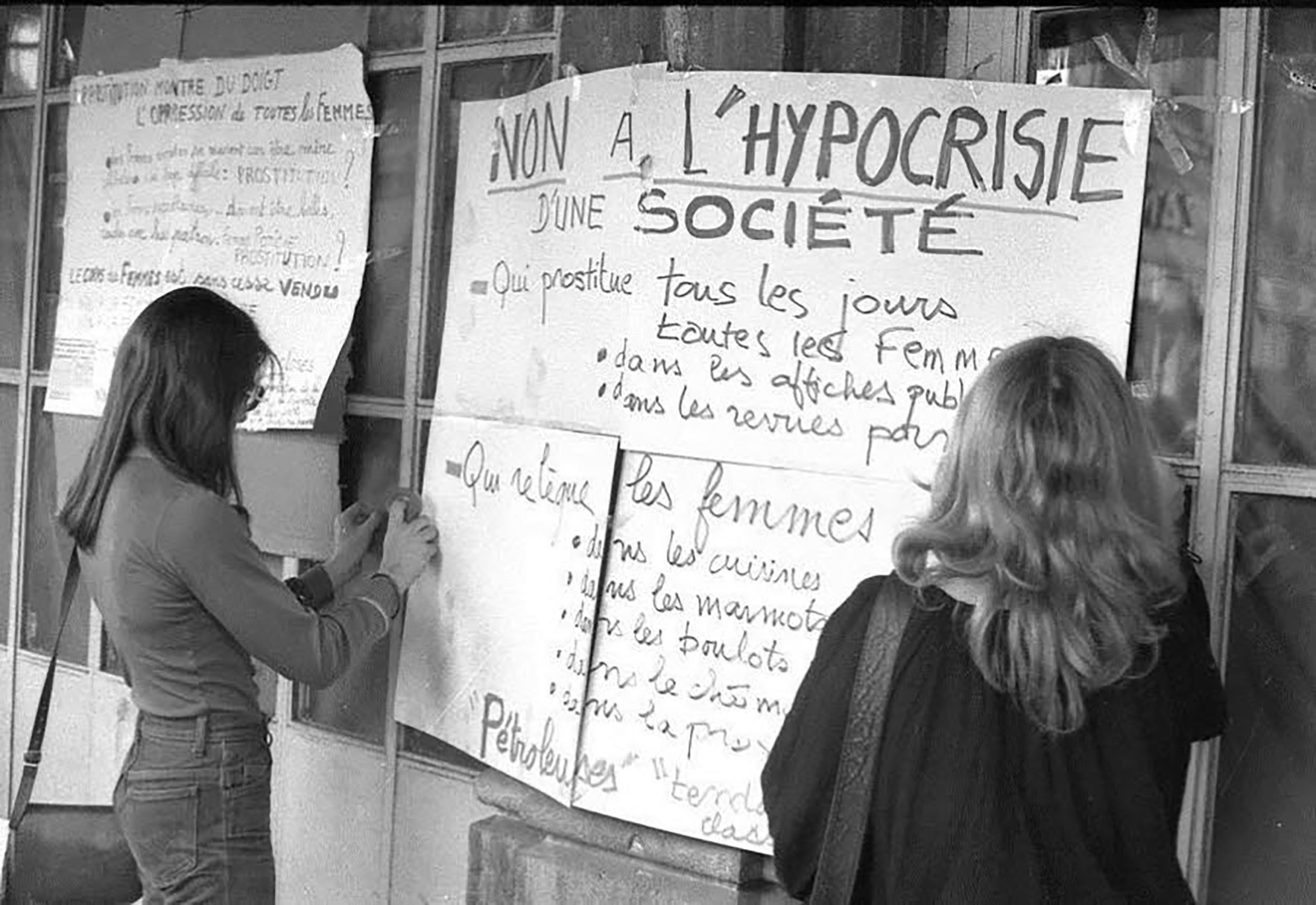 For International Sex-Workers’ Day, Collective and SCOT-PEP present the documentary Les Prostituées de Lyon Parlent followed by a discussion with activists from the sex-worker rights movement.

The film was made on 2 June 1975 during the occupation of Saint-Nizier Church in Lyon by 200 sex workers protesting violence and exploitative living conditions. Director Carole Roussopoulous and collective Vidéo Out used film to make a collective portrait of the women from inside the church and broadcast their demands directly onto the street outside, enabling sex-workers to speak in a public space without fear of arrest.

The occupation marks a key movement in the sex-worker rights movement and was formative to the inauguration of many of the first sex-worker led organisations in Europe. Since 1976 the occupation has been observed annually as International Sex-Workers Day, honouring the fight for better working conditions by and for sex-workers.

This public screening marks the beginning of REPRODUCTION, a summer school focusing on 'social reproduction' over a four-day programme. Find out more here.