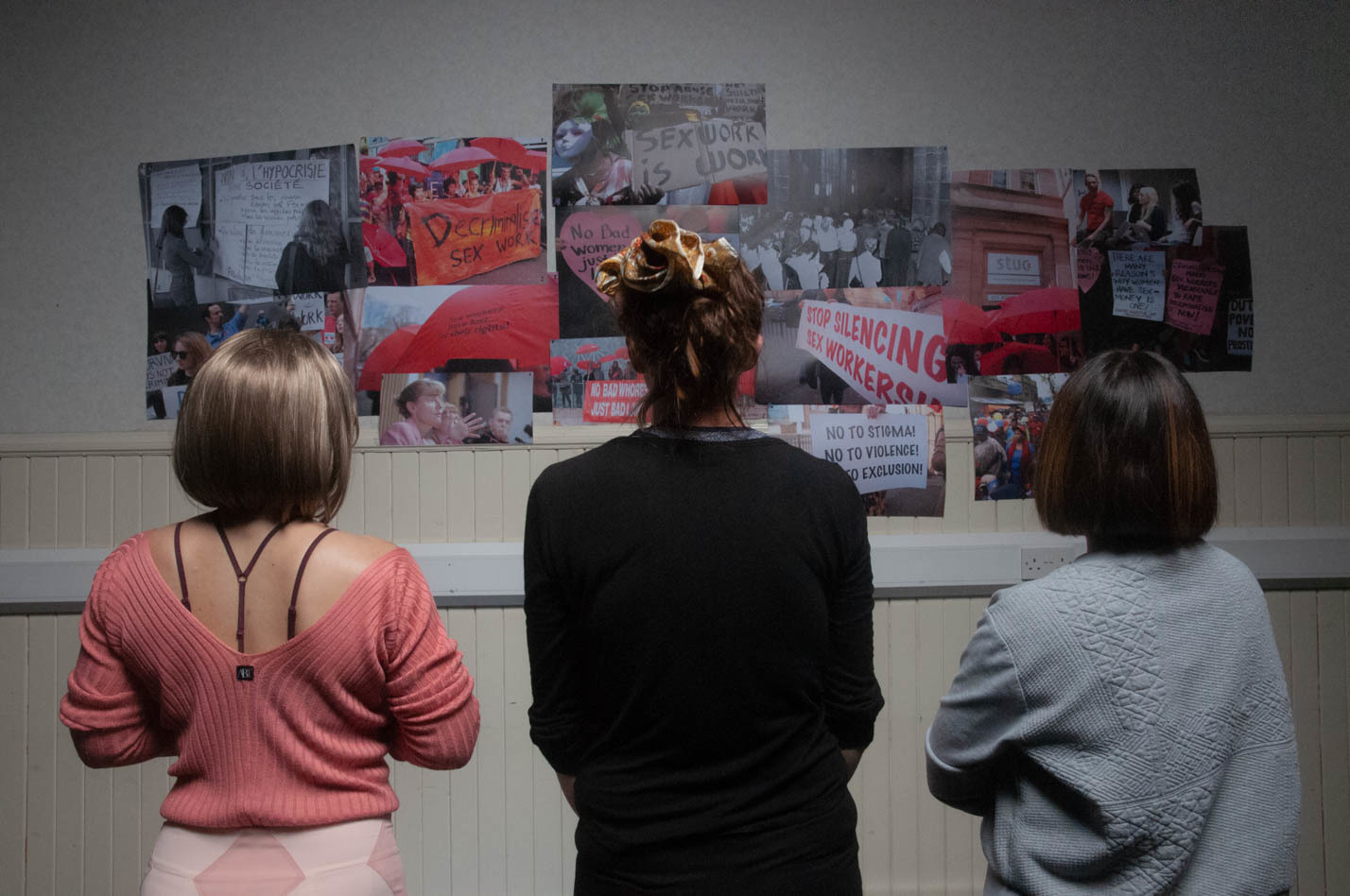 Workers! is a new film resulting from a long-term collaboration between Collective, HER Film, Swedish artist and filmmaker Petra Bauer and SCOT-PEP, a sex-worker led organisation in Scotland. In advance of an exhibition at Collective in 2019, we are delighted to present the first screening of Workers! at Filmhouse Cinema followed by a discussion with Petra, SCOT-PEP, and feminist activist Silvia Federici.

Workers! is filmed in the Scottish Trade Union Congress, a building rooted in workers’ struggles for rights and political representation. During their one day occupation of this institution, conversations unfold that centre the voices of sex workers demanding to be seen as experts on their own labour and lives.

The collective approach developed for the production of Workers! has been inspired by feminist film practitioners who emphasise the importance of making films with their subjects, not about them. Regular workshops supported this process, enabling us to share our varied experience of film and sex work.

Two historic films are folded into the new work: Les Prostituées de Lyon Parlent (1975) documenting the occupation of a church by two hundred sex workers denouncing police harassment and dangerous working conditions and Chantal Akerman’s now iconic Jeanne Dielman, 23 Quai du Commerce, 1080 Brussels which depicts the daily routine of Jeanne as a mother, housewife and sex worker. Workers! attends to contemporary conditions in Scotland and beyond, deploying film as a tool for exploring debates on women’s work beyond the polarising divisions prevalent in feminism, past and present.

A small bursary fund is available to support childcare and caring costs. Please contact us via email by 1 November 2018 to apply.

Workers! is produced by Collective and HER film, with University of Edinburgh as Research Partner.

Petra Bauer works as an artist and filmmaker. She is concerned with the question of film as a political practice, and sees it as a space where social and political negotiations can take place. Recent exhibitions include: Soon Enough: art in action, Tensta Konsthall (2018); Everything Was Forever, Until It Was No More, Riga Biennial (2018): Show Me Your Archive and I Will Tell You Who is in Power, KIOSK, Ghent (2017); Women in Struggles, on tour to different Folkets Hus (People’s Houses) in Sweden (2016–17); A Story within a Story, Göteborg International Biennial for Contemporary Art (2015); and All the World’s Futures, 56th Venice Biennale (2015). Petra is an initiator of the feminist platform k.ö.k (Kvinnor könskar kollektivitet – Women Desire Collectivity).

SCOT-PEP is sex worker-led charity that advocates for the safety, rights and health of everyone who sells sex in Scotland. They believe that sex work is work, and that sex workers deserve protections such as labour rights. Along with Amnesty International, the World Health Organisation and the Global Alliance Against Traffic in Women, they believe that the decriminalisation of sex work best upholds the safety and rights of people who sell sex.

Produced by Collective and HER Film.