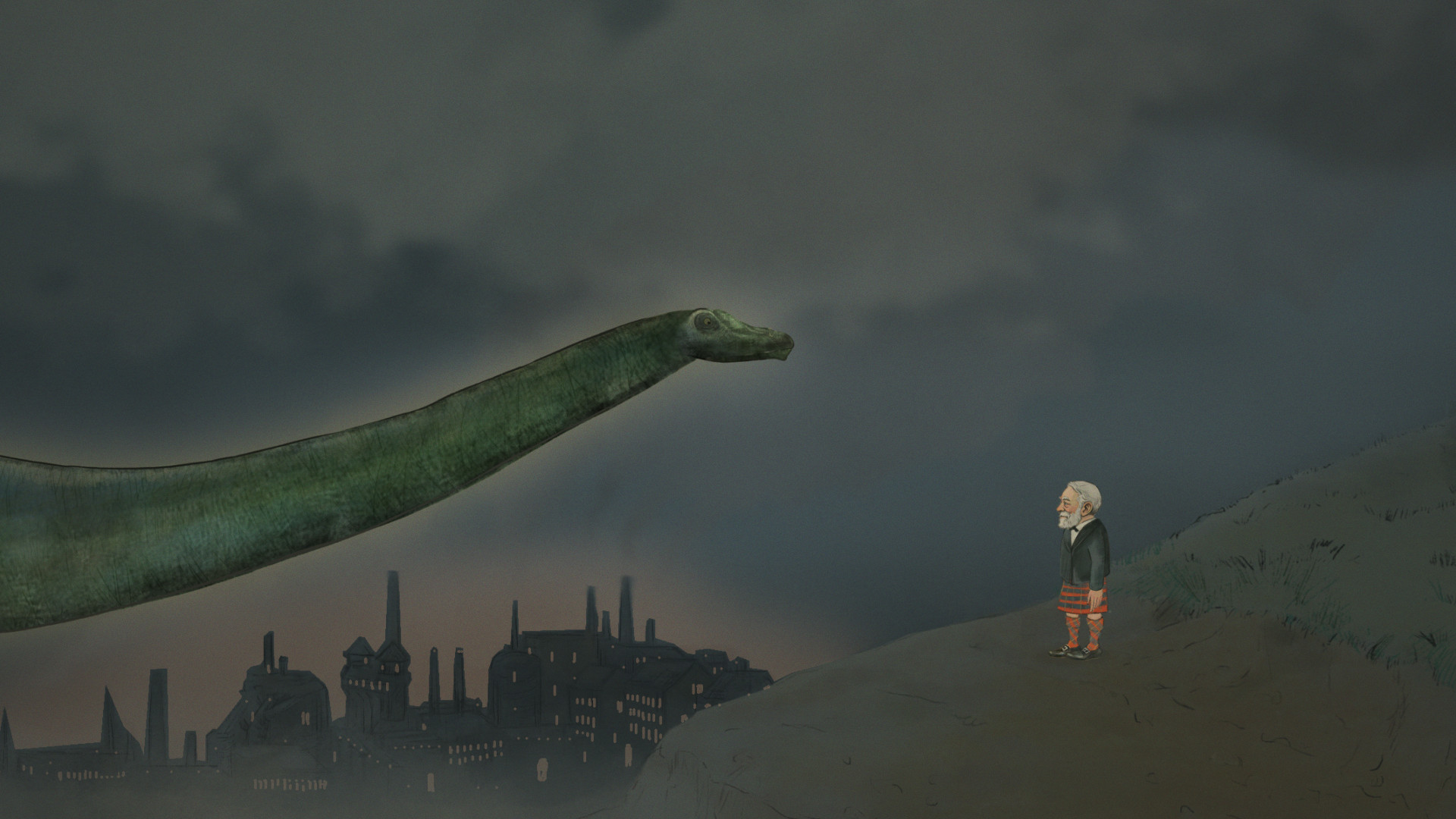 Ruth Ewan, 'The Beast' (film still), 2022. Courtesy of the artist and Collective.

Using the City Observatory site as a springboard, Collective’s programme considers the hidden histories and untold stories relating to our site and wider cultural history. Bringing together new work by Annette Krauss, Ruth Ewan, and Satellites participant Camara Taylor, our summer programme of solo exhibitions and related events reframes and questions complex figures, movements and systems whose legacies are woven into our collective cultural memory. All three projects have been developed with the artists, in some cases over a number of years, to explore how the legacies of the past can be reconsidered and re-presented to help us re-imagine the present and future.

The Beast is a surreal animated morality tale conceived by Scottish artist Ruth Ewan, who has long-term interests in creativity and social justice, alternative systems and radical histories.

Co-written with Marxist magician Ian Saville, the dialogue playfully challenges the dominant narrative associated with the Scottish/American steel magnate Andrew Carnegie through a surreal conversation with his namesake, the dinosaur Diplodocus carnegii.

Presented alongside archival material the installation explores intersecting ideas around power, exploitation, culture and the history of capitalism. The project critically reflects on an era where both labour and the earth itself were ruthlessly used for individual gain, inviting us to consider who the real beast actually is.

Silent Agitator is a companion to the artist's new commission The Beast, presented in the City Dome, which retells the history of famous Scottish/American steel magnate and philanthropist Andrew Carnegie.

The Beast by Ruth Ewan was commissioned and produced by Collective, with funding and support from the University of Edinburgh Art Collection.