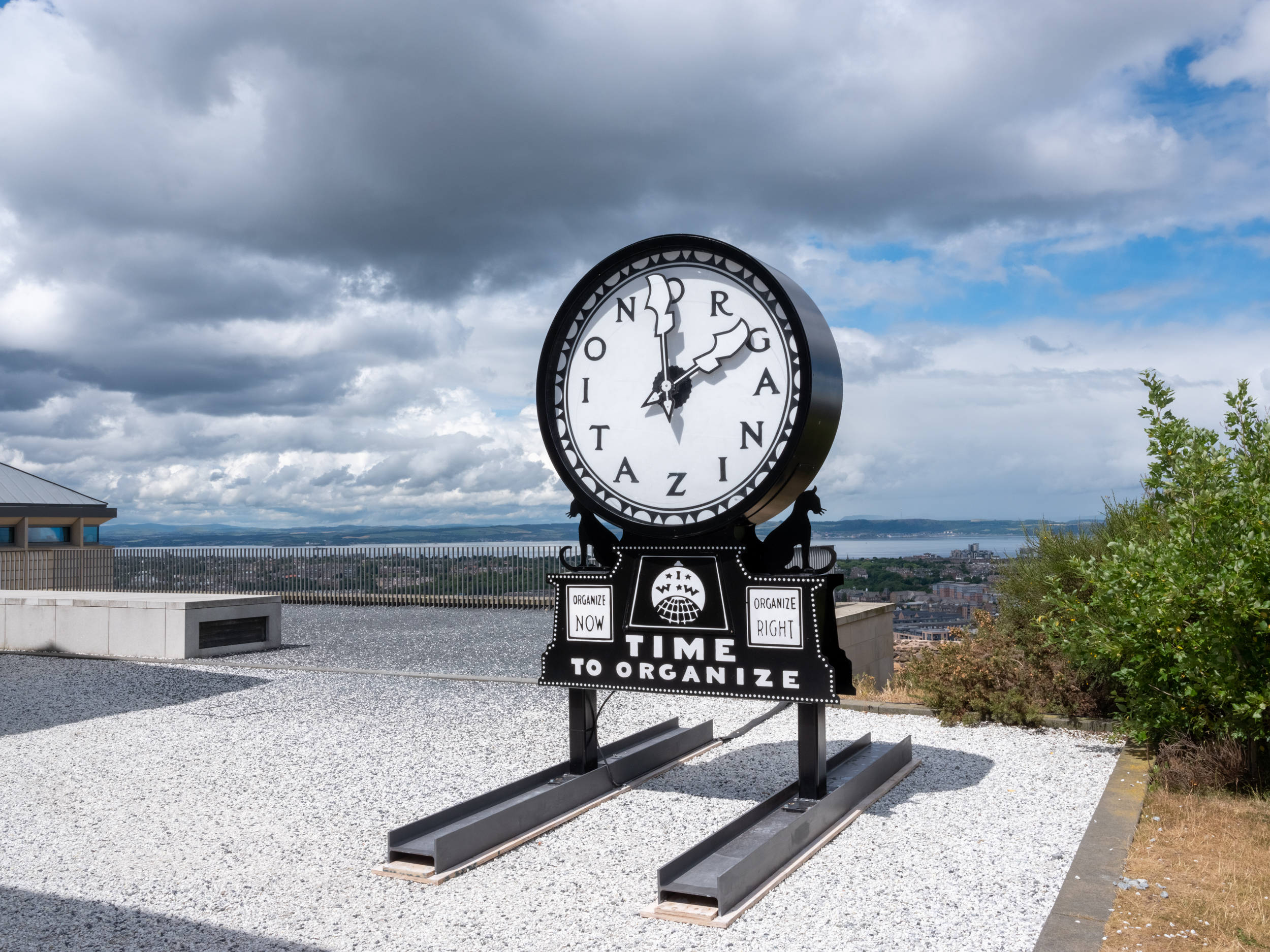 Using the City Observatory site as a springboard, Collective’s programme considers the hidden histories and untold stories relating to our site and wider cultural history. Bringing together new work by Annette Krauss, Ruth Ewan, and Satellites participant Camara Taylor, our summer programme of solo exhibitions and related events reframes and questions complex figures, movements and systems whose legacies are woven into our collective cultural memory. All three projects have been developed with the artists, in some cases over a number of years, to explore how the legacies of the past can be reconsidered and re-presented to help us re-imagine the present and future.

Scottish artist Ruth Ewan has long-term interests in creativity and social justice, alternative systems and radical histories. Her work is deeply rooted in research, finding expression in a wide variety of forms including events, performance, writing, installation and print.

Silent Agitator is a public clock based on an illustration by American writer and activist Ralph Chaplin, originally produced for the Industrial Workers of the World (IWW) labour union. The illustration was one of many images that appeared on 'stickerettes', known as 'silent agitators', millions of which were printed in red and black on gummed paper and distributed by union members travelling from job to job.

Chaplin's illustration and Ewan's clock nod to the round-the-clock organising work of the IWW, and the ubiquity of the clock in labour struggles: both the ways that factory owners separated private and public time, and the fights for the labour rights we have today, such as the five-day work week and eight-hour workday.

Ewan's monumental clock is a contemporary addition to the collection of historic timepieces found across Collective's site. For nearly a century the City Observatory used transit telescopes to provide accurate time for sailors docked in the Port of Leith, facilitating accurate naval navigation and enabling the expansion of trade and empire.

Silent Agitator is a companion to the artist's new commission The Beast, presented in the City Dome, which retells the history of famous Scottish/American steel magnate and philanthropist Andrew Carnegie.

Silent Agitator is a High Line Commission. With thanks to David Narro Associates.