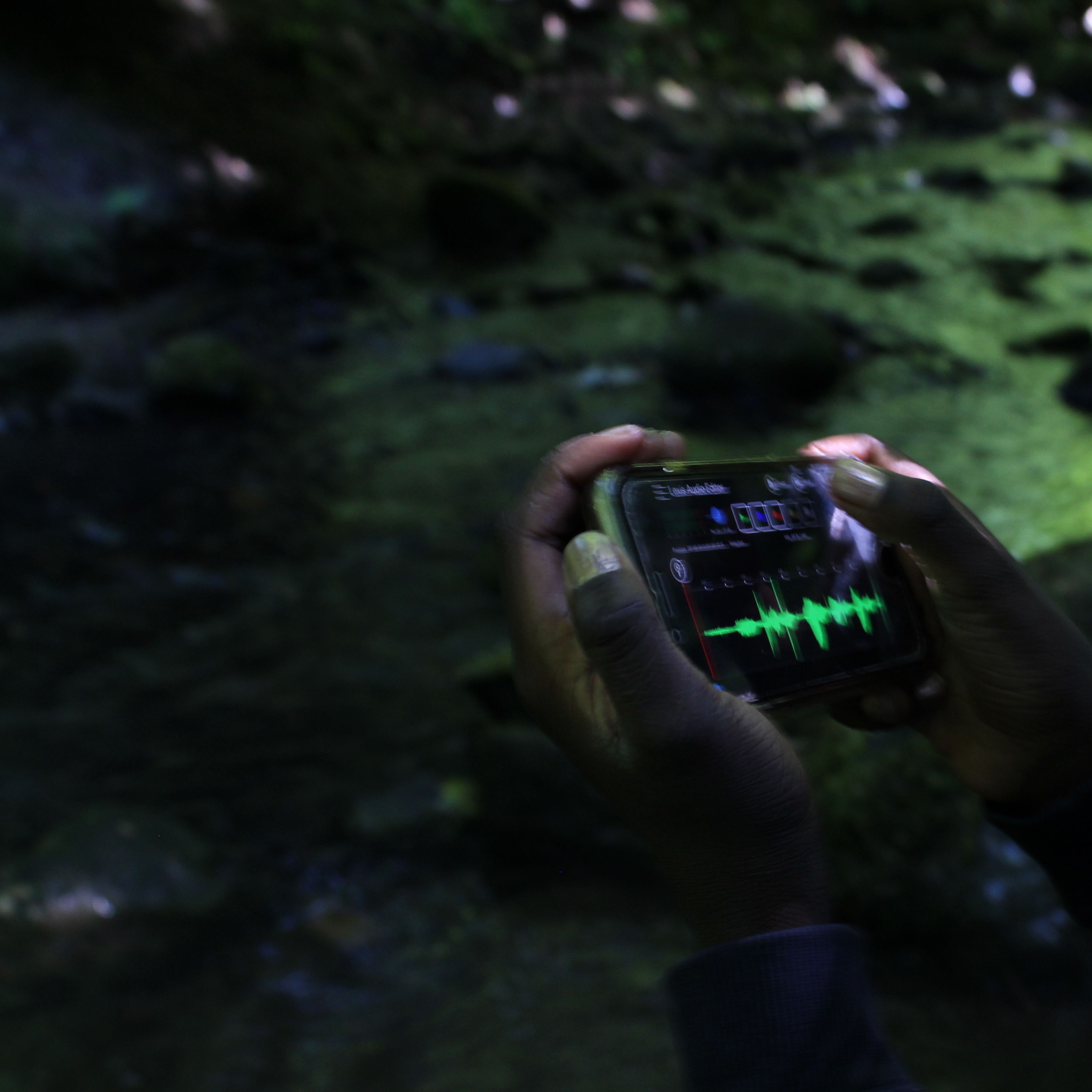 Loose Parts Fridays invites you to join us from your homes to follow your child’s lead and support them to try out their own ideas using loose parts and our thematic play prompts.

For the next 4 weeks, Loose Parts Fridays will be focusing on sound and listening. Throughout lockdown, we've been working in partnership with young people from Edinburgh Young Carers and composer Richy Carey to produce a new radio play. These weekly activities draw upon ideas explored with the group, and can be enjoyed as a family or by children (or adults!) independently.

During the earlier phases of lockdown many people experienced quieter streets and neighbourhoods, appreciating sounds that they wouldn’t usually notice. Traffic and movement may have picked up again, but there are plenty of fascinating sounds out there if you can tune into them.

For this week’s activity, stop and pay attention to the sounds you can hear around you, either inside your home or outside. Try setting a timer, closing your eyes and doing nothing but listening for 5 minutes. What can you hear? Can you identify the sounds? Are there any you can’t identify?

Start a sound diary: this could be clips recorded on a mobile phone (Lexis Audio Editor is a useful free app), written descriptions, sketches or notations. We’ll be using the sound diaries for next week’s activity, so experiment with different ways of documenting sounds.

Week 2
This week, we’ll be using the sound diaries and recordings you produced to experiment with storytelling through photography. Imagine you’re hearing these sounds for the first time – what kind of places do they conjure up in your imagination? A sandy desert where you hear the whirling winds of a vacuum cleaner? Or how about a spooky forest with the repeated creaking of a floorboard?

Using any camera you have to hand (a camera phone will work), look for small spaces around your home and reimagine them as landscapes on another planet. Can you find a spot that looks like the place you’ve imagined? Try using a lego character or other small toy (or make your own!) to play with scale, and hold the camera really close. You might find that some spaces begin to look like the surface of another planet...

This week’s photos were taken by young people from Edinburgh Young Carers, working together with composer Richy Carey as part of Collective’s programme for young people.

Week 3
For this week’s activity, we’ll be using the close-up photos you took last week as inspiration for an imaginary planet.

Looking at your close-up photo of an 'alien landscape' within your home, can you describe what the LEGO person is seeing, but without using any of the names of the things in the picture?

Imagine you were them, having just appeared in the world in that photograph. What do you see? What are the shapes and colours and textures in front of you? How would you describe it to someone to someone who can’t see it?

Make a recording, using the free Lexis Audio app, of you describing the landscape of your planet. You might even choose to get creative and make a 3D set of your planet using art materials and objects from around your house!

This week’s photos were taken by young people from Edinburgh Young Carers working together with composer Richy Carey as part of Collective’s programme for young people.

This week we’ll be thinking about storytelling, using the planetary landscape you made last week. If you haven’t made one yet, don’t worry! The instructions for previous activities are all on available above.

After thinking about what your planet looks, feels, smells and sounds like last week, what kind of story could you tell based on your planet? One way to start is by making up some characters – are they aliens? People like us? Other beings that we’ve never seen before? Do they have names? What do they like? What don’t they like? How do they behave?

Maybe you’re feeling inspired to write down a story using your characters, or you could try making a visual storyboard instead. Sketch out some ideas for a beginning, middle and end – you can even cut them out and shuffle them around to mix up the story!

This week’s images were made by young people from Edinburgh Young Carers working together with composer Richy Carey as part of Collective’s programme for young people.

Join us next week for the next Loose Parts Friday activity, and share your photos using the hashtag #collectiveplay

For this final week of audio activities, we’ll be creating sound effects to go alongside the story you made last week. If you missed it, head to our website to catch up!

Foley is a word used in filmmaking to describe the sound effects made in a studio to accompany the images you see on screen. They help to paint a picture of the surrounding environment and action, and are sometimes created in very unusual ways! Read through your story, and think about the sound effects that you might need to produce to set the scene. Using objects from around your house, get creative with different ways of making and recording these sounds.

Does your story include aliens or animals with hooves? Try touching together the rims of halved coconut shells or empty yoghurt pots! Can your characters fly? A pair of gloves could make the sound of wings flapping.

Once you’ve collected lots of interesting sound effects, perform your story live by reading it aloud and playing the recorded sound effects alongside!

Our image this week was taken as part of Collective’s programme for young people, in partnership with Edinburgh Young Carers together with composer Richy Carey.