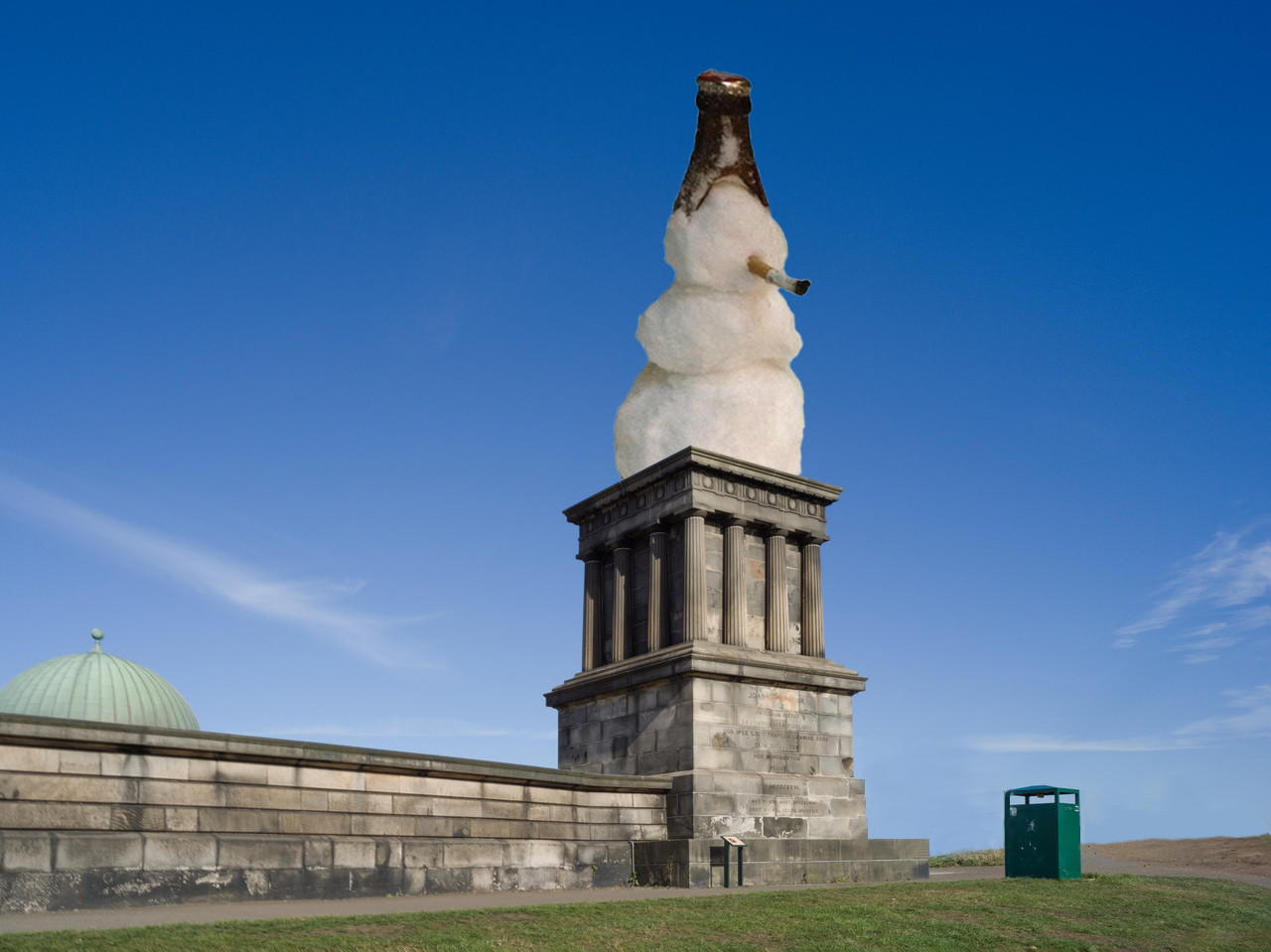 Klaus Weber’s work is often about making the impossible possible, creating ruptures in what we perceive and, in so doing, calling our belief systems into question. For the opening of Collective, Klaus has created a new work inspired by the rich history of realised and failed monuments on Calton Hill. Klaus coined the phrase Nonument to describe proposals for public works he has developed in the past and for the future, dealing with questions of ‘denkmal’ (monument). For this exhibition Klaus will present Fagman, a maquette for a monument for contemporary Edinburgh, intended as a counter point to the existing patriarchal monuments on Calton Hill.

Part of Affinity and Allusion

Featuring new work spanning sculpture, installation, performance, audio work and text by six artists chosen specially for the opening of Collective, Affinity and Allusion will be presented across all of Collective’s exhibition spaces, grounds and buildings. The artists brought together all create art which fundamentally asks us to question how we view the world around us, an approach that is central to Collective’s vision for a new kind of city observatory on Calton Hill.

Affinity and Allusion is sponsored by Baillie Gifford investment managers.

The Nonument is supported by the Goethe Institute.


Part of Affinity and Allusion