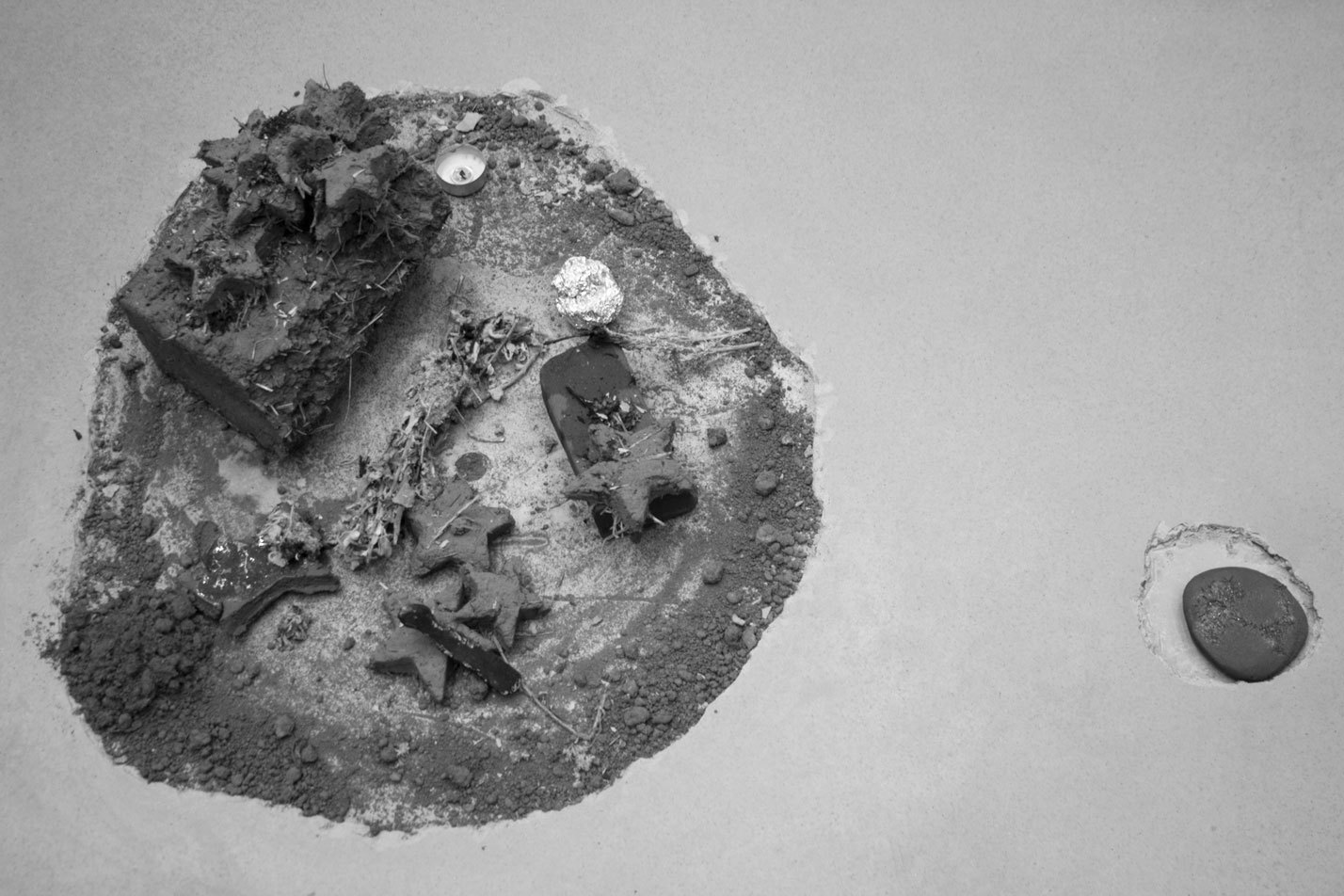 Dineo Seshee Bopape
～～
[when spirituality was a baby]

Dineo Seshee Bopape’s expansive multi-media practice explores memory, narration, and representation as contingent forms. Drawing on a diverse range of visual and conceptual matter, her work often utilises commonplace materials (soil, bricks, timber) and archival images, as well as natural and technological systems as support. Dineo’s new installation at Collective has been created in relation to the rich history of the City Observatory site on Calton Hill. Combining carefully selected materials and forms, the work considers notions of spirituality, cosmology, astronomy and astrology.

Artist Dineo Seshee Bopape was born in 1981, on a Sunday. If she were Ghanaian, her name would be Akosua/Akos for short. During the same year: the Brixton riots took place; two people were injured when a bomb exploded in a Durban shopping centre; Bobby Sands died; MTV was launched; the Boeing 767 made its first flight; and Umkonto we Sizwe performed numerous underground assaults against the Apartheid state. Machu Pichi was declared a historic sanctuary. The world’s population was then around 4.5 billion. Today she is one amongst 7 billion. Other concurrent events of the year of her birth, and of her lifetime, are perhaps too many to fully know...

Osei Bonsu is a British-Ghanaian curator and writer based in London and Paris. His activities focus on transnational histories of art and encompass exhibition programming, publishing and cultural strategy in the field of visual arts. In 2017, he curated the 10th edition of Satellites, an exhibition co-commissioned by Jeu de Paume and CAPC: Centre for Contemporary Art, Bordeaux. He has also worked on the development of a number of projects focusing on African art and is a contributing editor at frieze magazine.

Part of Affinity and Allusion

Featuring new work spanning sculpture, installation, performance, audio work and text by six artists chosen specially for the opening of Collective, Affinity and Allusion will be presented across all of Collective’s exhibition spaces, grounds and buildings. The artists brought together all create art which fundamentally asks us to question how we view the world around us, an approach that is central to Collective’s vision for a new kind of city observatory on Calton Hill.

Affinity and Allusion is sponsored by Baillie Gifford investment managers.

〰️ [when spirituality was a baby] is commissioned by Collective with guest curator Osei Bonsu and is supported by The Elephant Trust and The Royal Overseas League through a residency at Hospitalfield.