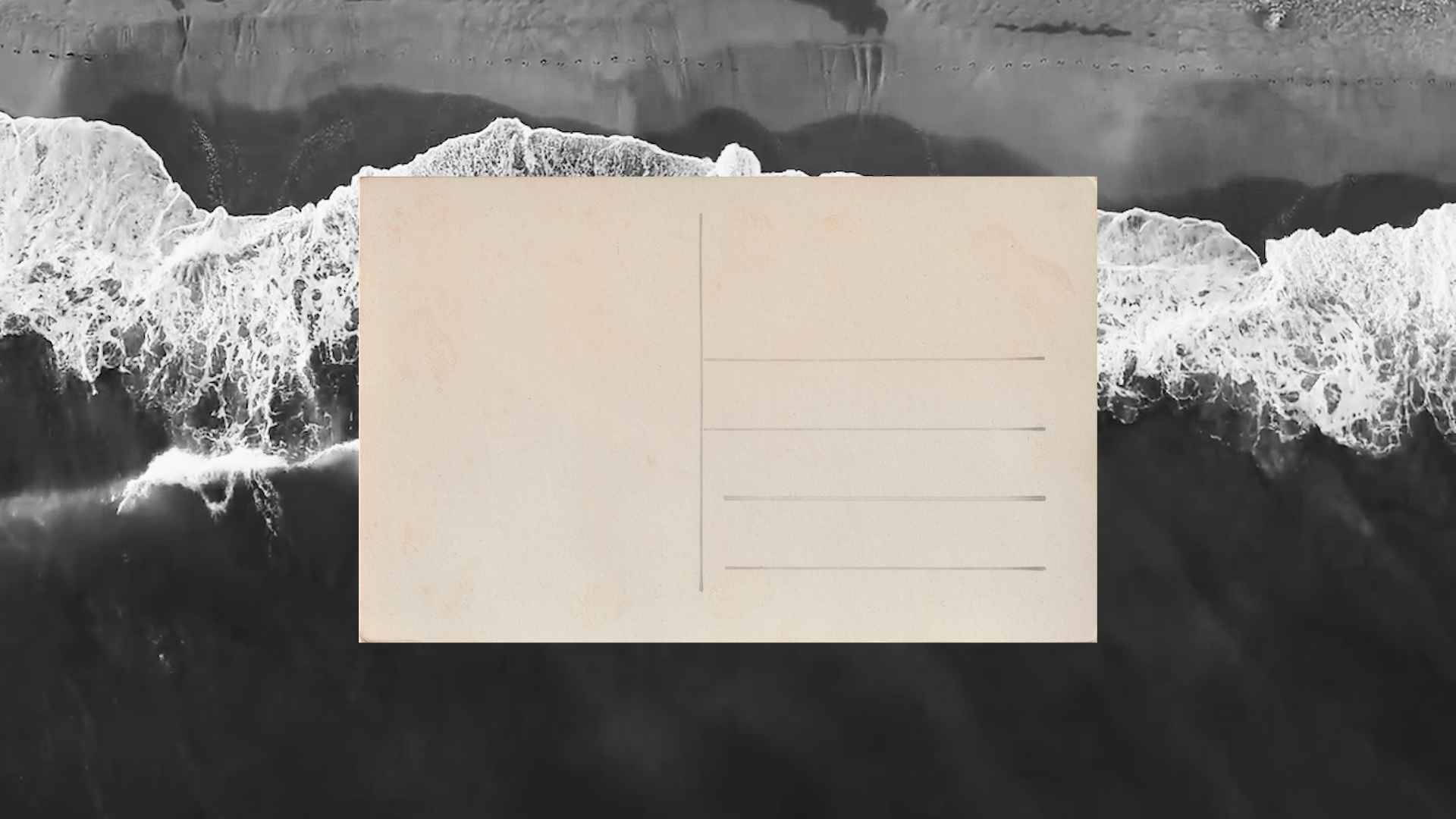 Karen Cunningham has been Collective’s artist in residence throughout 2020. During this SGSAH funded residency Karen, whose practice focusses on specific sites, technologies and their connections to or through travel, researched Calton Hill through its representation in postcards. This research resulted in a series of postcards, Another Just Past and Mean Time, a new short film that was launched online on 22 October. As her residency took place before and during the COVID-19 pandemic, these works have been informed and affected by Collective’s closure from March to July 2020.

Postcards of Calton Hill, Edinburgh and The Acropolis, Athens (inspiration for the architecture of the National Monument) are used as source materials in Mean Time. Postcards are of particular interest to Karen because their status as ‘minor’ photography means they can create unofficial archives of the sites and sights represented. During their ‘Golden Age’, the popularity of ‘Real Photographic Post Cards’ facilitated armchair travel for the working classes who wouldn’t have access to a camera or the means to visit the places depicted. In Mean Time, postcard views are deliberately suppressed and distorted to question the assumed familiarity of a landmark.

Driven by a soundtrack created by the artist and overlaid with her monologue, the film includes a single quote by author Ariella Aïsha Azoulay, which proposes that photography is not just an outcome of developing technologies, optical theory, sunlight and celluloid but also a conceptual and technological consequence of imperialism. Mean Time utilises ‘just past’ technologies such as the copy scanner and addresses the ’line’ as a technology in itself which, like the photograph, is put into service to create and recreate versions of the world by dividing or duplicating it.

In Mean Time Karen consciously ramifies, rather than clarifies, its subjects in order complicate the concept of a singular master narrative. The film is an attempt to destabilise or undo the privilege of the Eurocentric male gaze and its worldmaking claims of mastery over ways of looking (and thinking) which we might refer to as observation.

Mean Time is accompanied by an essay - Why can’t we see the movement of the tides in a glass of water? - by filmmaker and writer Alex Hetherington. Download Alex's essay here.

Karen Cunningham is an artist based in Glasgow. She is currently undertaking a practice-based PhD titled, World-Making and Un-Doing at Edinburgh College of Art. Her work has been presented throughout the UK and internationally including exhibitions, events and screenings at; Shanghai Minsheng Art Museum, China; Whitechapel Gallery, London; the Palace of Culture & Science, Warsaw, Poland; Nightingale Cinema, Chicago and Goldsmiths College, London.