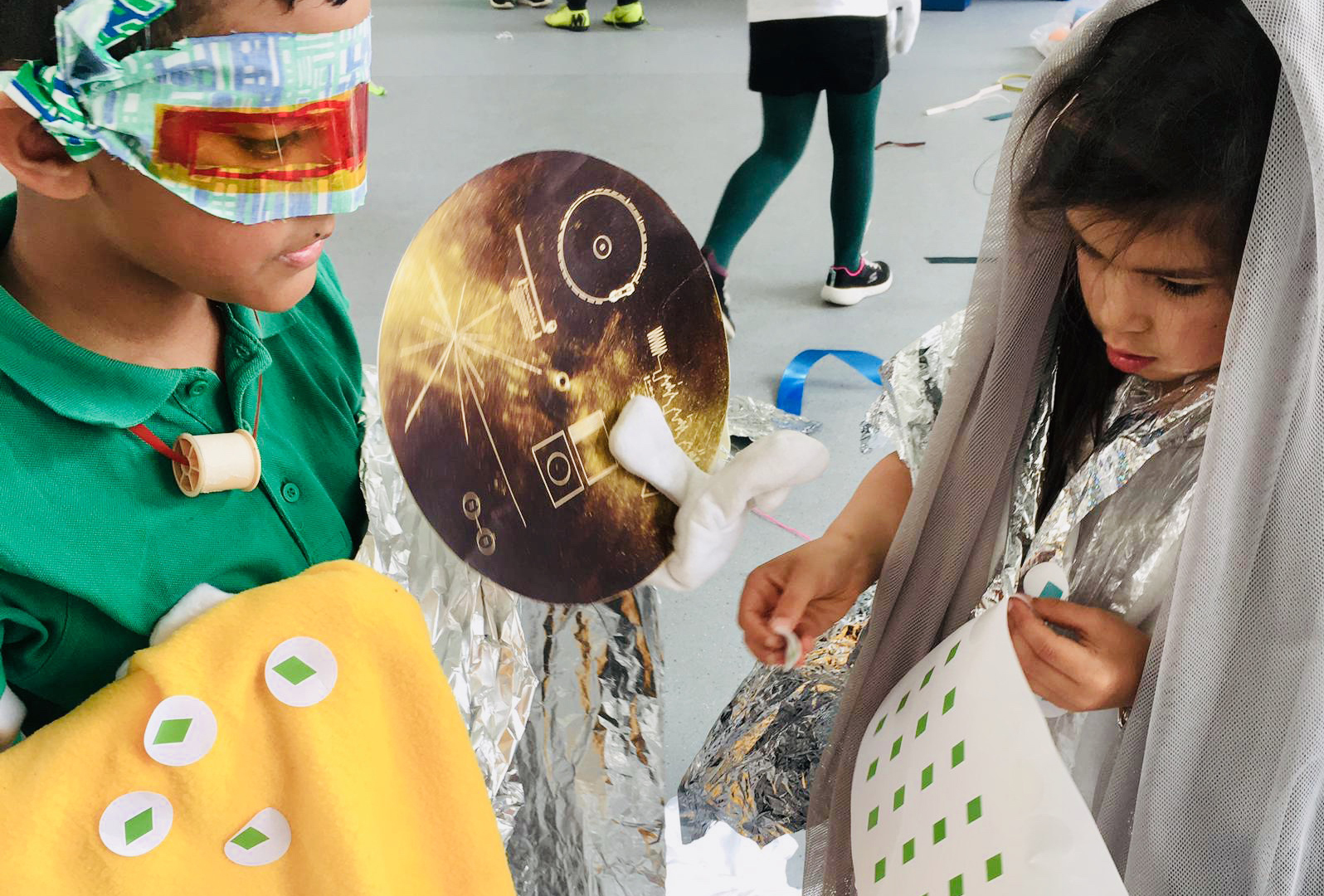 Naomi Garriock worked with pupils from Abbeyhill and Leith Walk Primaries to produce Alien Instructions, a card game responding to the question: how could we teach a group of friendly visiting aliens about Calton Hill, Collective and the world around us?

From March - April 2019, Primary 4-7 classes visited Collective, where Naomi introduced them to her practice and to the concept of instructions in art. Reflecting on their prior experiences at Collective, and using their knowledge of Calton Hill, pupils invented new and imaginative games, songs, dances and activities to help a group of visiting aliens to get the most from their trip to Earth. They wrote these down as instructions: some were clear and simple to follow, and others were more abstract.

During subsequent classroom visits, their instructions were refined and expanded through a process of play-testing, using loose parts materials to experiment with following other groups’ instructions. Naomi worked with the pupils to take photographs of this play-testing process, which she then formed into a series of gifs.

The game, based on the instructions the pupils wrote, will be available to borrow and play on site at Collective as part of our free Explorer Backpacks.