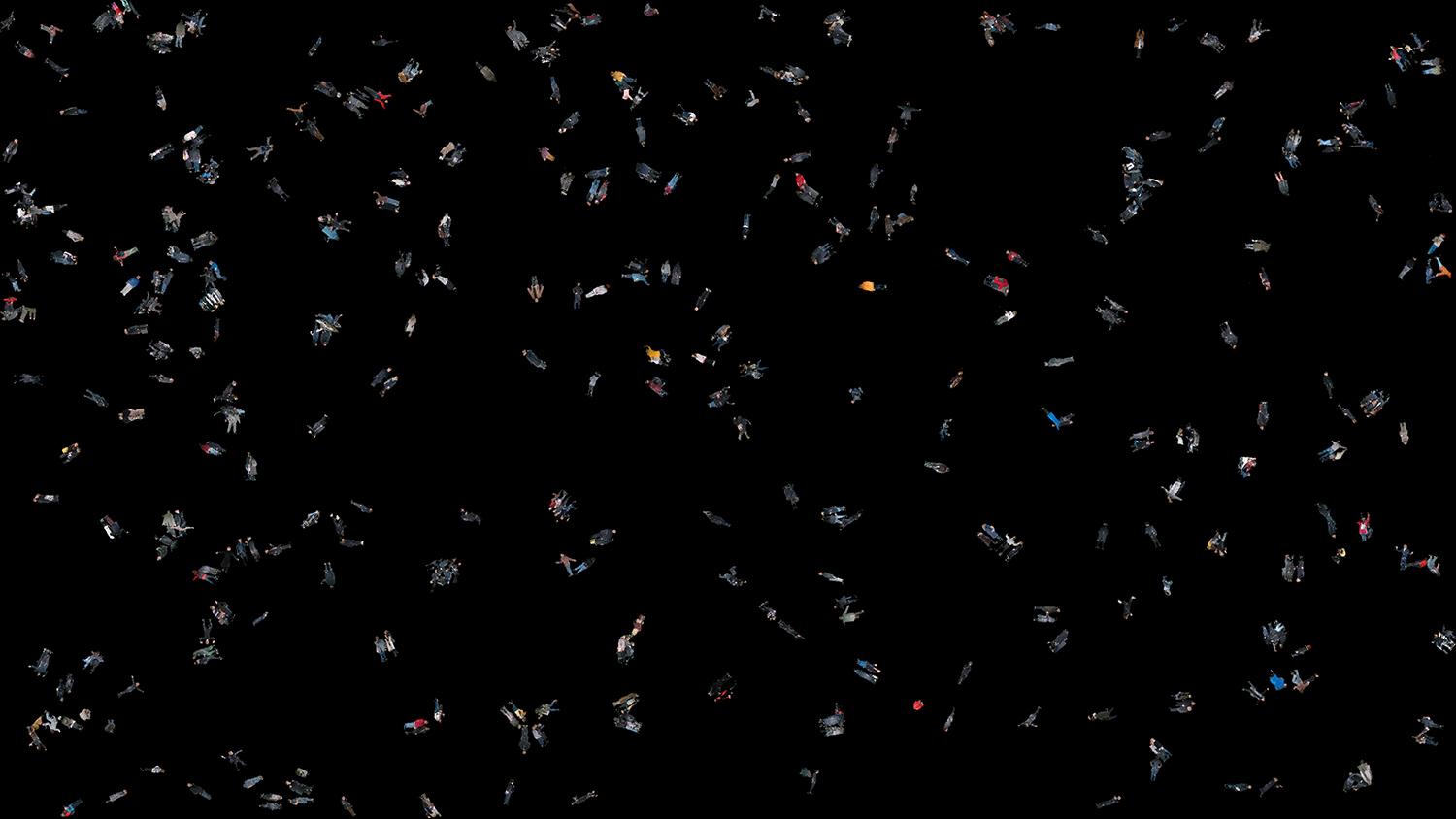 Julijonas created a new version of his ongoing project Planet of People for our City Dome exhibition space, a renovated building which once housed a large astronomical telescope. Planet of People was an artistic and scientific feasibility study of an artificial planet made entirely from human bodies. The exhibition consists of six 3D scanners which are used to scan visitors, who can then view their bodies forming a new celestial object in a simulation based on astrophysics.

Planet of People revolved around the idea of sending humans to L2, one of the ‘Lagrangian points’ in space where gravity is absent, allowing frozen bodies to float freely until they converge into a blob due to their weak gravities. In this way, a new ‘human’ planet is extra-terraformed. A cosmic fossil of humanity. A monument of humans to humans.

Playing with its variables, such as the quantity of individuals and the duration of time, Planet of People speculated upon the aesthetic, ethical and scientific aspects of such a space structure. What spatial structures would it be possible to choreograph? And what would be the ethical, cultural and political implications, both here on Earth and out there?

The project questioned the very definition of human species and life in general – its aesthetic and ethical implications – by looking into how the discourse changes once a large group of human bodies cross the Kármán line, marking the border between our ecosystem and outer space.

Read more about Planet of People in the information which accompanies the exhibition here.

Planet of People was due to be shown as part of the Edinburgh Science Festival 2020 and at the 17th Venice Architecture Biennale 2020 as the special programme of the Lithuanian Space Agency, which was founded by Julijonas Urbonas, the representative of Lithuania.

Julijonas Urbonas’ work has been shown in a variety of venues including: art, design, architecture biennials, academic and non-academic publications, TV and Radio shows. Most recently his works have been shown at the Museum of Contemporary Art, Shanghai, the Ujazdowski Castle Centre for Contemporary Art (Warsaw), RIBOCA (The Riga International Biennial of Contemporary Art), Science Gallery Dublin, the Singapore ArtScience Museum, and Design Museum Holon. Julijonas is the Lithuanian representative at the 17th Venice Architecture Biennale, as well as founder of the Lithuanian Space Agency. Through his art work he has been developing critical tools to negotiate gravity. Julijonas has coined the term of ‘gravitational aesthetics’, to describe his artistic approach to exploiting the means of manipulating gravity to create experiences that push the body and imagination to its extremes.

Supported by the Lithuanian Council for Culture.