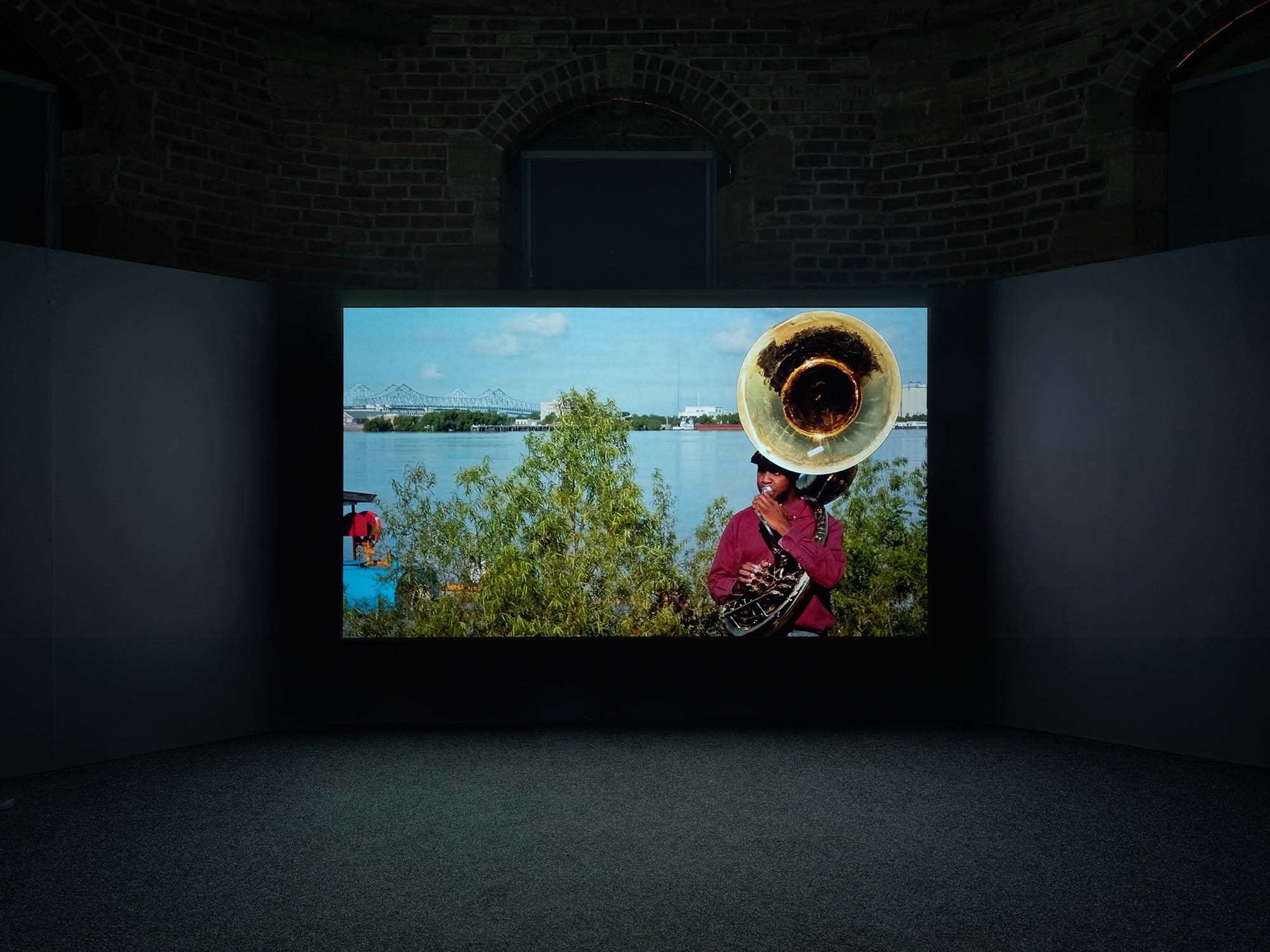 Los Angeles-based artist Cauleen Smith’s work reflects upon the everyday possibilities of the imagination. For over three decades she has employed radical thinking to envision a better world through film, video, sculpture, textiles, installations and drawings. Bringing together themes of historic erasure, presence and loss, Smith believes in the redemptive and transformative power of art, music and text.

H-E-L-L-O (2014) translates the famous five-note musical motif from Stephen Spielberg’s Close Encounters of the Third Kind into a greeting for sites around post-hurricane Katrina New Orleans loaded with the histories of music and procession. At each site, musicians from the city play the sequence on a series of instruments, from trumpet, to cello and bass saxophone. Their interpretations of the sequence, originally written by film composer John Williams as a coded extra-terrestrial hello, speak mournfully of New Orleans’ enduring spirit despite a troubled recent past and uncertain future.

Although situated in the geography of New Orleans, Smith's film allows us to contemplate Edinburgh’s relationship to its own landscape, inhabitants and history in a time of turbulence and change.


H-E-L-L-O was exhibited in a specially conceived installation in the City Dome at Collective.

Cauleen Smith (b. Riverside, California, 1967) is an American born filmmaker and multimedia artist. She is best known for her experimental works that address the African-American identity, specifically the issues facing black women today. Smith is best known for her feature film Drylongso and currently teaches in the School of Art at the California Institute of the Arts.

Emmie McLuskey is an artist and producer based in Glasgow. She took part in the Satellites programme at Collective in 2018/19 and regularly works with other people to create exhibitions, publications, events, audio work and films.