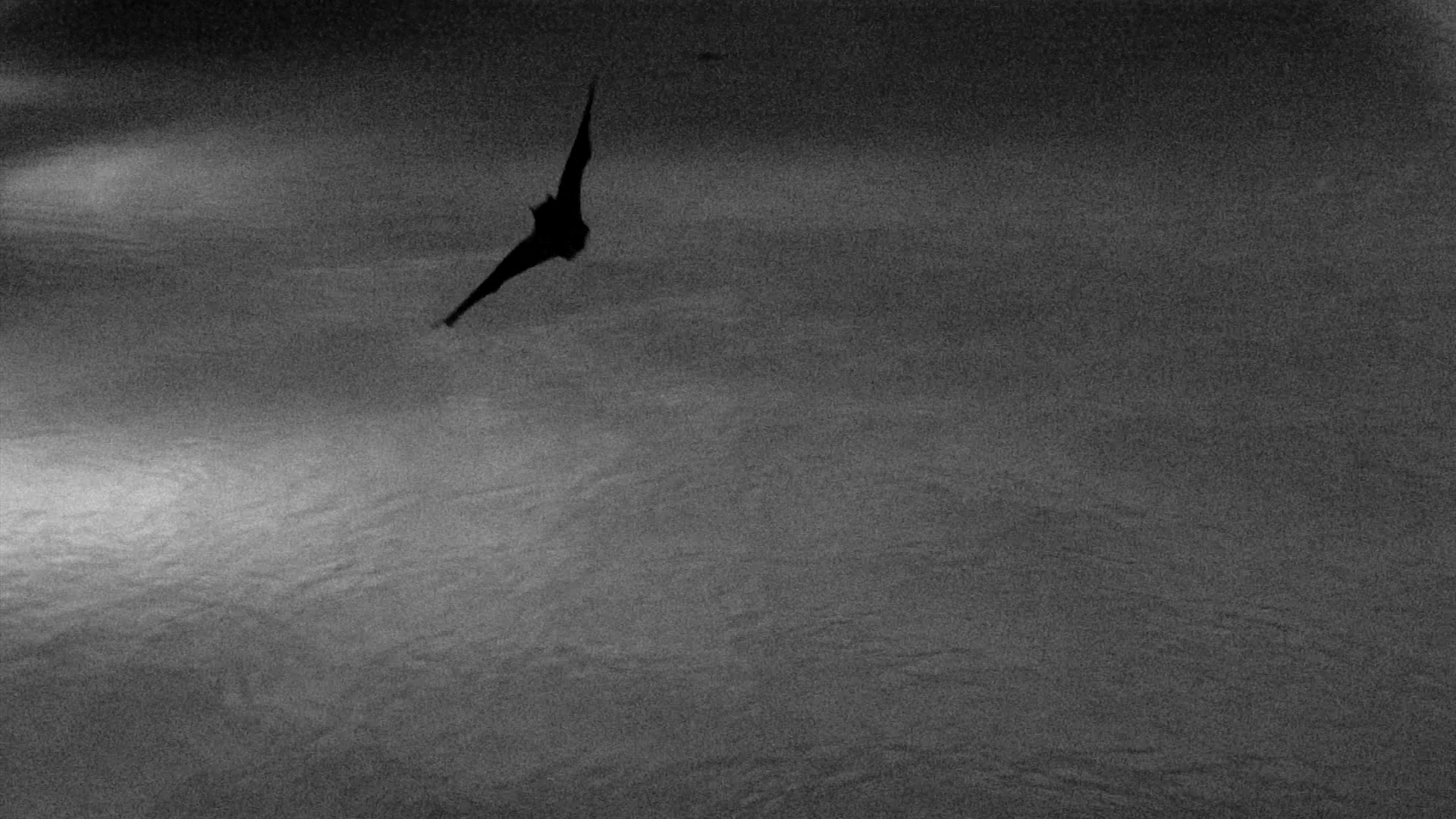 *** Mercury has now closed at Collective but we invite you to view Becky Šik's film online here.***

Collective is delighted to present a new exhibition by Satellites Programme participant Becky Šik. Central to this immersive installation is Mercury, a new experimental moving image work. The film interlaces a fragmented narrative using a mix of digital and 16mm footage with an evocative resonating soundtrack (composed with homemade magnetic instruments) and is presented with a sculptural screen and bench.

The film is structured through rhythm and association and uses an array of high production source material. Combining anatomical photographs and night-video of bats; two stories of a hobbyist magnet-fisher dredging below the surface of a canal and an amateur satellite tracker listening out into space; and scientific and philosophic reflections on the nature of communication.

Concepts of ‘echo’ are central to the film, used as both metaphor and audio effect; as locating device and editing strategy. The echoes in Mercury contribute to an immersive layering in the work; a series of calls and responses that build on the physics of echoes being produced through surface and reflection.

Find out more about Mercury in the information which accompanies the exhibition here and in Satellites Programme participant Alison Scott's essay An echo: Magnetic attitudes here

Tickets
We are committed to making Collective a safe place to visit during the ongoing pandemic. As Mercury will be shown in an enclosed space, only single parties of up to 6 people (from 3 households) are permitted inside for each screening. Your co-operation is much appreciated.

Mercury is free (donations requested) and will be screened in Collective's Hillside exhibition space.
Spaces are available on a ‘first come, first served’ basis apart form two screenings at 11am and 2pm daily (Tue-Sun) that are available to book in advance via Eventbrite.

Satellites Programme is Collective’s development programme for emergent practitioners based in Scotland. Satellites aims to support diverse practitioners to produce a new commission and a critical development programme of critical of retreats, workshops, studio visits and group discussions, public exhibitions, events and publishing. Practitioners are selected from an open submission by a new panel each year. The 2020 participants are Alison Scott, Kirsty Hendry, Sulaïman Majali, Holly McLean and Becky Šik.