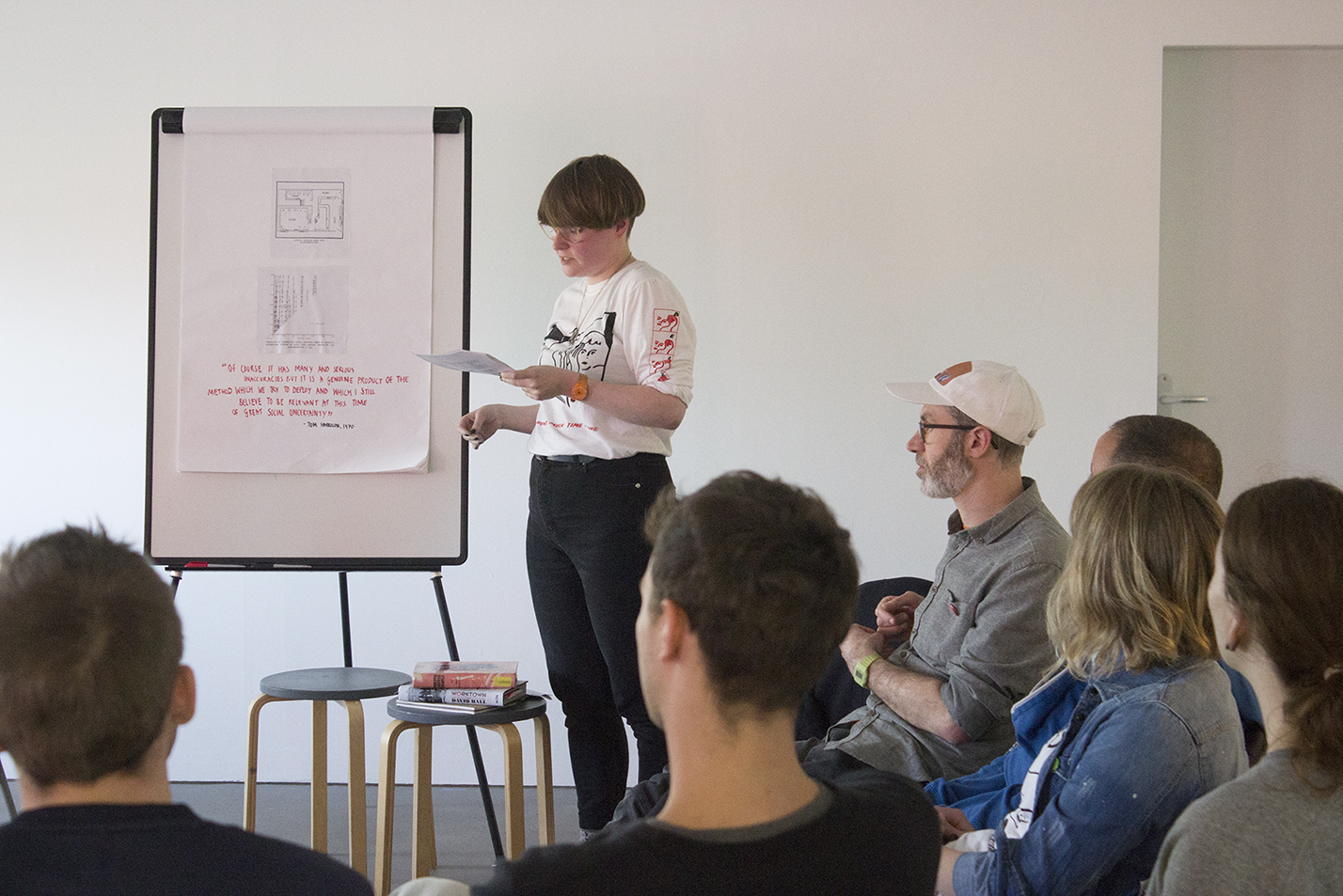 The Last Hour! was a new project curated by Timothea Armour that considered the contemporary state, and potential future, of the public house. A new newspaper – The Last Hour! – was distributed to pubs within a mile of Collective, while a series of events discussed questions around the ownership and role of the pub.

The Pub and the People, a 1938 Mass Observation study was compiled from reports made by anonymous observers drinking in pubs and submitting their findings. Timothea Armour invited participants to join artists Lloyd and Wilson in carrying out some Mass Observation in Edinburgh’s pubs.

Artists Lloyd and Wilson and project curator Timothea Armour invited the public to join the discussions surrounding The Last Hour!. This event followed on from the previous Mass Observation field trip.

Usurper are a duo from Edinburgh formed by Ali Robertson and cartoonist Malcy Duff in 2003. As part of The Last Hour!, they were invited to create a performance in response to pub culture, research findings and the pub soundscape.

Public House tells the story of the Ivy House Pub in Peckham. Public House questions what it means to be ‘local’, the importance of pubs as social spaces, and the place of memory and nostalgia in the institution of the public house.

When is a pub not a pub?, a discussion with Lloyd and Wilson and Timothea Armour, 2017